Edgeli is a startup SaaS company with the lofty goal of decarbonizing the energy grid by 2050. 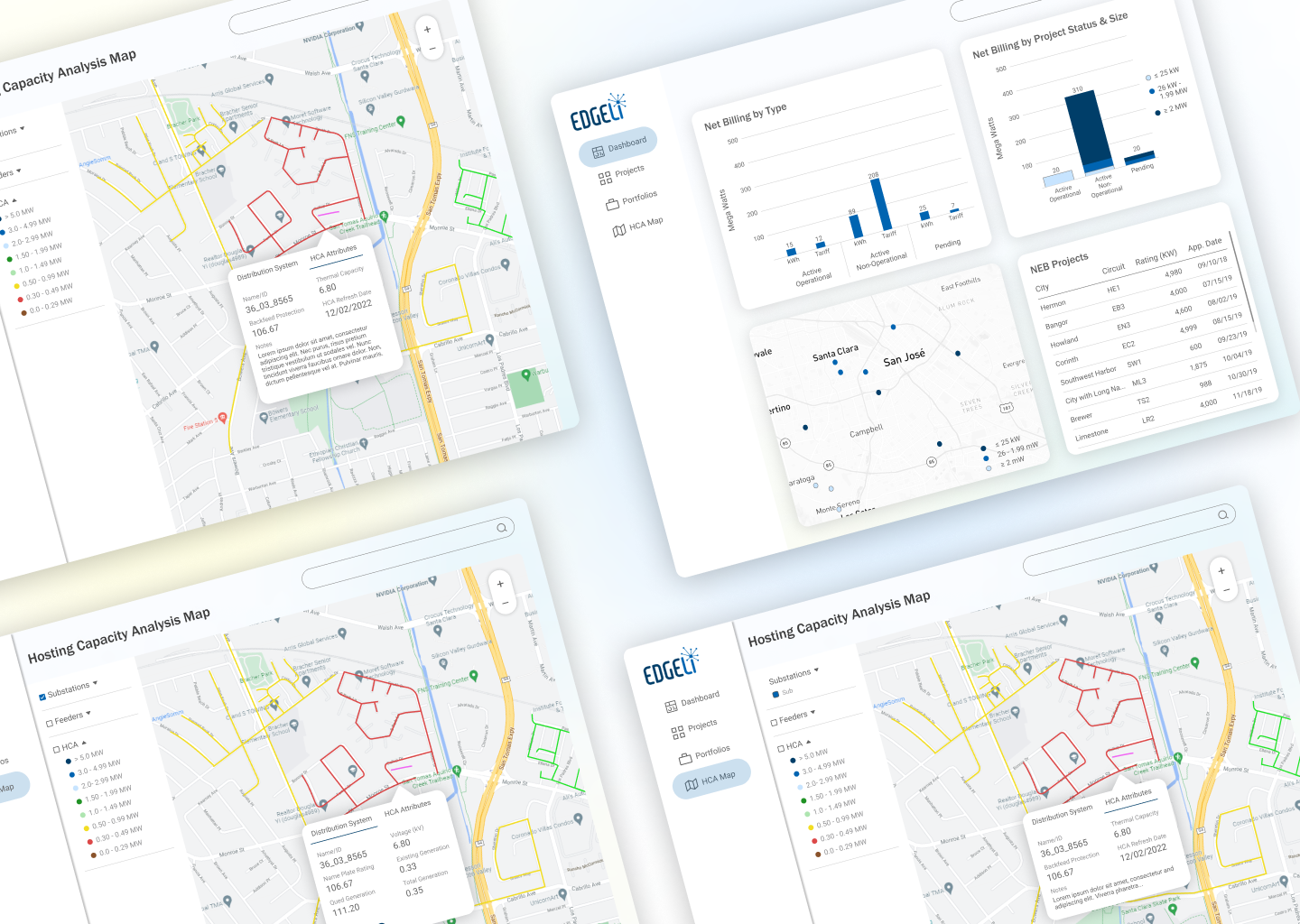 The folks at Edgeli reached out to me after seeing some of the work I did for a previous client. I tend to work mostly on referrals, and this project was no different. Essentially, Edgeli is a B2B SaaS company that exists in the clean energy space. Their main goal is to help utility companies modernize their power grids as the US moves more and more into the renewable energy space.

I and my team were tasked with creating a platform where project developers could visualize and analyze mass amounts of distribution data for any given power grid in need of modernization. At the time, I employed a Junior Designer who assisted with every project that came across my desk. I therefore served as a design supervisor on this project. My job was to:

I enjoyed this project greatly because I had the unique opportunity to flex my project management skills as well as my UX design skills.

We designed everything in Figma, and used Google Meet & Slack for communication.

In the first step of our process, I met individually with Edgeli's CEO, Sean, to discuss the problems he saw in the clean energy space, and his vision for how this product would solve that problem. Over the course of several meetings, we began to flesh out a project brief. From the project brief Sean and I drew some rough pen-and-paper sketches of the product.

Once we had the sketches together, I introduced the project to Adam, the Junior Designer. I showed him the sketches, and discussed the various use cases and user stories that I managed to craft from the project brief. Together, Adam and I conducted a UX review of these sketches. During this UX review, it became abundantly clear that these screens contained way too much information. We predicted that users would have a difficult time deciphering what information is most important on any given screen. So we did some redesigning on the sketches, and Adam got to work on the UI. After a couple rounds of feedback from me, we had some precursory screens to send to the client.

The client provided us with a bit of feedback, which I then relayed to Adam. After about a week, we had our 2nd iteration to show the client.

Unfortunately, due to an NDA we signed, this is all I can show you at the moment. We're not quite finished with the project yet, but once we've brought this product to market, I'd be happy to share more of the designs!